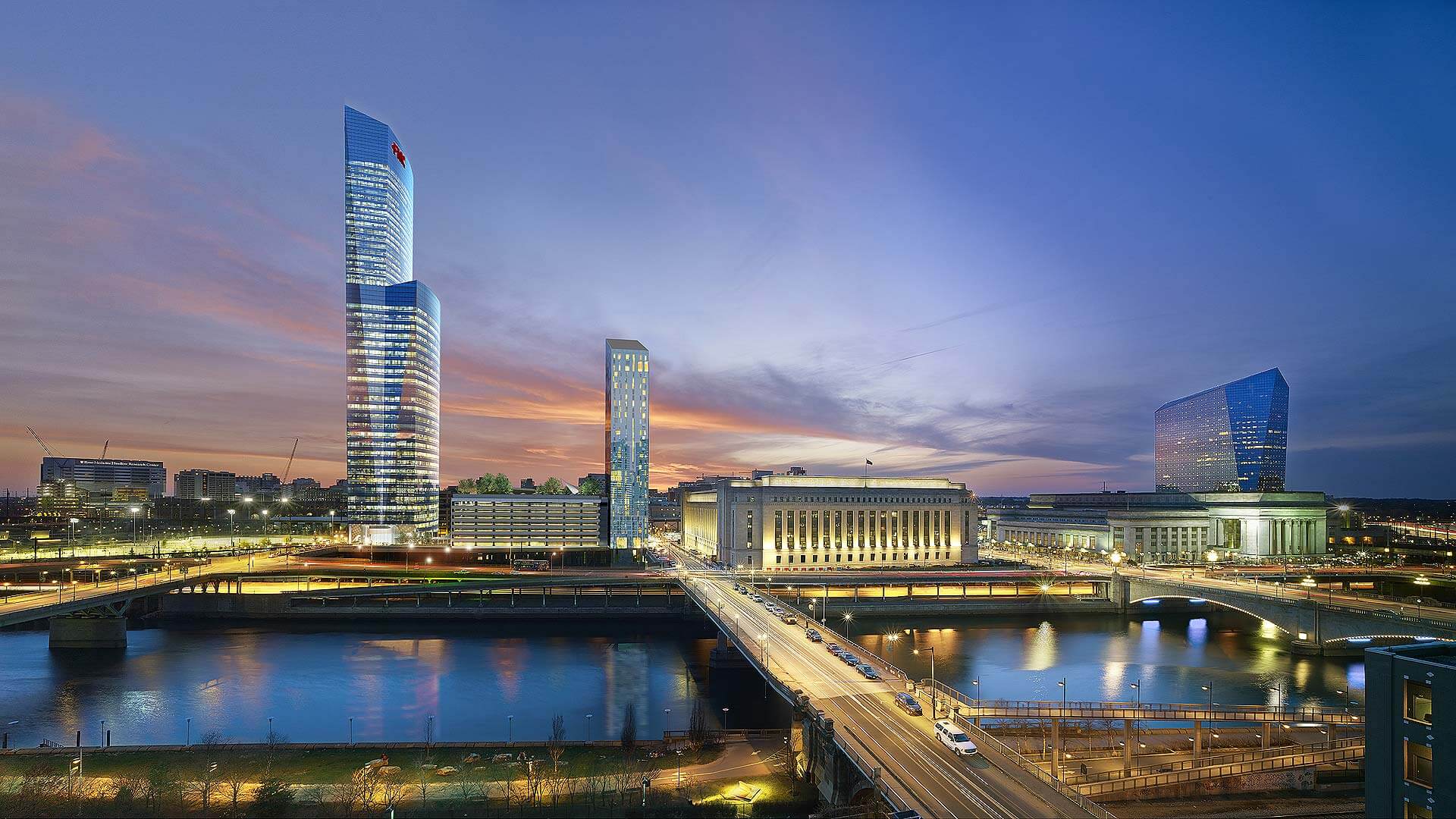 Completed in 2017, FMC Tower has had a significant impact on the Philadelphia skyline. Standing 736 ft. tall, it can be seen from a great distance and is distinctive thanks to its curvy façade and sharp roofline. Here at Construction Guide, we’re always willing to appreciate great architectural design, and FMC Tower is no exception.

FMC Tower was designed by Pelli Clarke Pelli Architects, who also designed the Evo and Cira Green skyscrapers in Philadelphia. It’s fair to say that they have a monopoly on this part of the city and have carried their signature angled cuts across all the buildings.

The original design, announced in 2007, was much shorter than the current iteration, but the design was updated several times throughout these early years. The 736-ft. tower that we know today was revealed on the day of groundbreaking in 2014.

Construction began in January 2015, and by summer of the same year the tower’s core had reached 20 stories with the steel rising 12 stories. Two months later, the core topped out and the steel shortly followed. The structural transfer was completed in December 2015, with light testing and cladding beginning around the same time.

By October 2016, the building’s glass exterior was finished, and the FMC logos- standing 20 ft. high each – were added at the beginning of November. The final glass was added to the exterior by May 2017, and the tower opened to the public in July.

Since its completion, FMC Tower has been a distinctive addition to the Philadelphia skyline. This is thanks mainly to its curved edges and angled cuts, but also because of its colored exterior lighting, which makes it stand out among the other skyscrapers. We at Construction Guide appreciate architectural beauty, and FMC Tower is a great example of this.