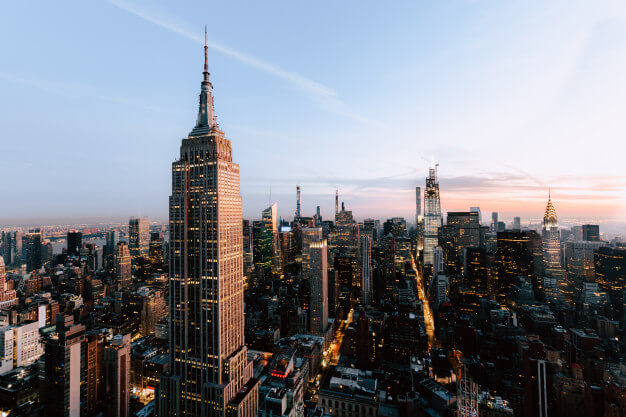 There’s no doubt that the Empire State Building is one of NYC’s most iconic landmarks. It’s regularly featured in New York construction news, and announcements of its latest renovation project are no exception.

Over the years, the tower’s height and central location made it an ideal spot for communication equipment. However, the gradual and haphazard nature of its installation limited the amount of restoration that could be done on the tower’s art deco crown.

That was until Cole NYC and CANY Architecture and Engineering got involved. It was decided, alongside the Empire State Realty Trust and JLL, that the time was right to begin renovation on the tower’s crown. The plan was to restore it to its former glory and return its rightful appearance in the NYC skyline.

As far as New York construction news goes, this was a massive announcement. It’s been many years since the building looked as it should, and restoration was long overdue on its upper heights.

The restoration project required extensive planning and research. CANY combined both on-site assessments and research of historical construction documents. The goal was to understand how the crown has evolved over the years so they could work out what to remove and what to restore. They filmed and photographed the tower to categorize developments in order to better plan their renovation work.

The rigging team from Cole NYC removed 44,000lbs of communication equipment and related junk. This included over 1,500 miscellaneous antennae and other broadcasting equipment. The team then proceeded to install 200 aluminum panels ranging from 4” x 4” to 4” x 6”. They used 3D scans to ensure everything was built correctly and would fit into place.

Perhaps the most impressive thing about the whole project was that it was done by rope access. Considering this was all done in 25mph winds makes it all the more impressive. What’s more, everything happened at night so the observation deck could remain open during the day. This is testament to the rigging team’s skill and experience in such high demand conditions.

We at Construction Guide welcome the completion of this impressive project and look forward to seeing the Empire State Building back to its former glory. As an iconic city landmark, this is excellent New York construction news. It’s likely the project will be finished some time in 2021, and we look forward to the results.